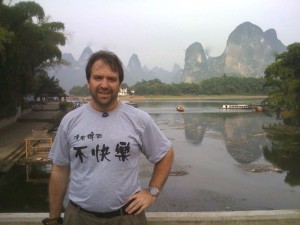 Paul Jackson spent his adventurous childhood in Starkville Mississippi. He discovered his passion for watercolor at Mississippi State University in 1985. He received a Master of Fine Arts degree in Missouri in 1992, and has since been relentless in pursuit of his creative dreams, receiving top honors in national and international competitions, contributing his art to a vast library of magazines and books and sharing his creative influence to all corners of the earth. 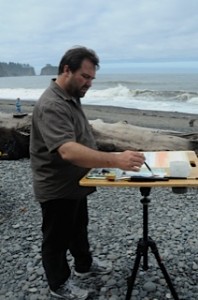 Paul was the Grand Prize winner in the Paint Your Way to Paris competition and has been featured as one of the Master Painters of the World in International Artists Magazine. Jackson's artwork has been on the cover of The Artist's Magazine four times. Other media featuring Jackson's work include American Artist, Watercolor magazine, Watercolor Magic, Watercolor Artist, Forbes Magazine, The New York Times, The Wall Street Journal, the Washington Post, NPR, CBS News, The Baltimore Sun, The St Louis Post, The Kansas City Star, and TWA's Ambassador Magazine.

Much of Paul's portfolio of watercolors hangs in private collections, but some examples are on display in museums and public buildings. The Missouri State Capitol, Governor's Mansion and Supreme Court all prominently feature Jackson watercolors.

Although Paul has an unequaled passion for watercolor, his creative energy has not been limited to paper. He designed the Missouri Commemorative State Quarter for the United States Mint, created the stage backdrop for the musical Porterphiles at the York theatre in NYC, has thrice designed Presidential Easter eggs for the White House. Paul has also created several public art murals and glass mosaics, and is a frequent leader for charitable causes.

In 2008, Jackson was the featured speaker at the International Watercolor Masters Invitational in Lushan, China. Paul was also the only American artist invited to the International Art Meet in Kolkata, India in 2011. 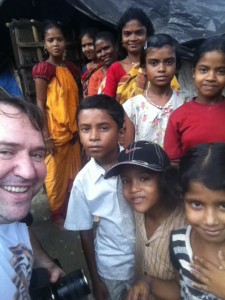 Jackson frequently serves as judge for national and international art competitions. In 2009 he served as the invited juror for the American Watercolor Society's 142nd annual international exhibition.

A prolific artist and ambitious world traveler, Paul Jackson is one of today's most versatile and visible contemporary watercolorists. Whether his subject is landscape, cityscape, portrait, architecture, still life or abstract, Paul captivates his audience with genuine emotion, intensity and finesse that energize each of his creations.

Jackson is the author of Painting Spectacular Light Effects in Watercolor, from North Light Books and The Wandering Watercolorist, from Chameleon Press 2013. He is an eagle scout, an adventurous spirit and travels the earth with his muse, Marla in search of visual inspiration.