On the advice from our new mate, Simon, the best host you could ever want in a hotel manager, we took a day trip out of Sydney into the Blue Mountains to the small town of Katoomba for the WinterMagic festival. From Simon’s description I imagined a fusion of Trekkie convention, Costume Party, and Steampunk happening. His description did not disappoint. There were all manner of crazy people having fun in the crisp 50 degree air of the winter solstice in June.

All ages crowded the streets for a parade of faeries and princesses, goths, punks and hipsters. There were people dressed as animals and animals dressed as people. The grim reaper was on our train car for the two hour train ride into the mountains. It didn’t bode well for the trip, but assured an interesting adventure. 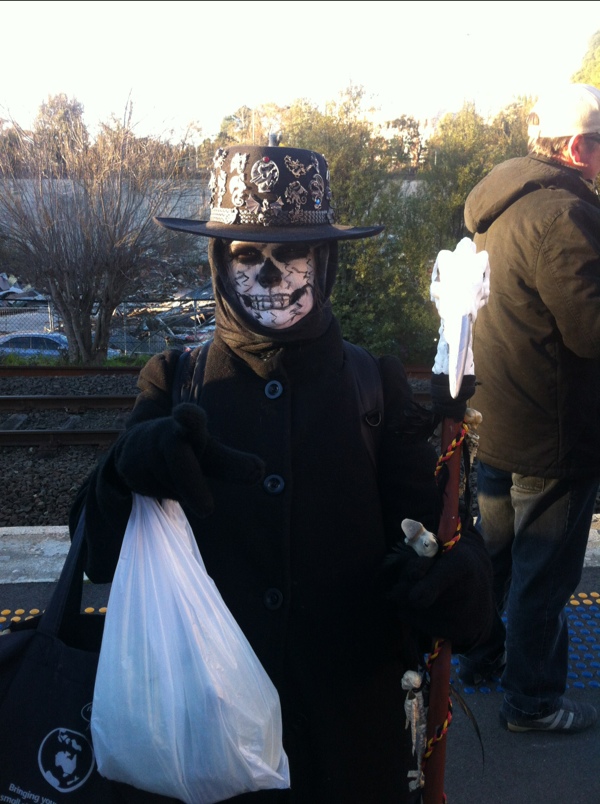 50,000 plus people crammed the streets of this gorgeous mountain town for their biggest event of the year. Australian winter revelers came from around New South Wales and beyond to bounce to a wide range of music from several stages scattered around town. As crowded as it was, I was really impressed with how nice every was! 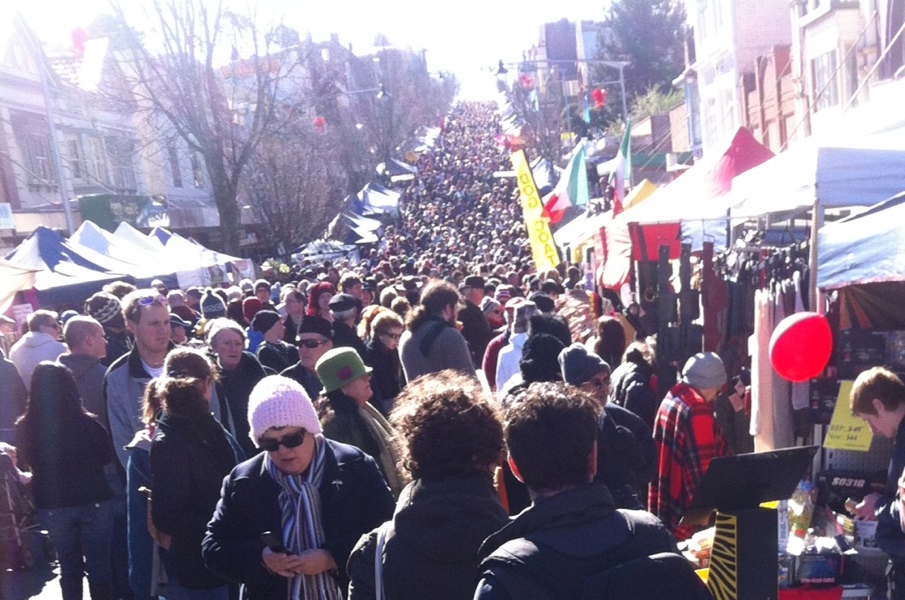 I barely remember the train ride back down the mountain that night, except for a chance encounter with a guy we met crankin to the dance music earlier in the day. Our new mate, Nick had ridden his bike most of the way down the mountain and jumped on the train at one of the lower stops. We enjoyed getting to talk to him on the train, again on the the bus to downtown Sydney, and yet another surprise encounter at the airport a couple of days later. Some people are just meant to meet!

Posted in Fun Stuff, Paul, Travel and tagged art, Australia, Katoomba, paul jackson, travel, watercolor
This website uses cookies to improve your experience. We'll assume you're ok with this, but you can opt-out if you wish.Accept Reject Read More
Privacy & Cookies Policy