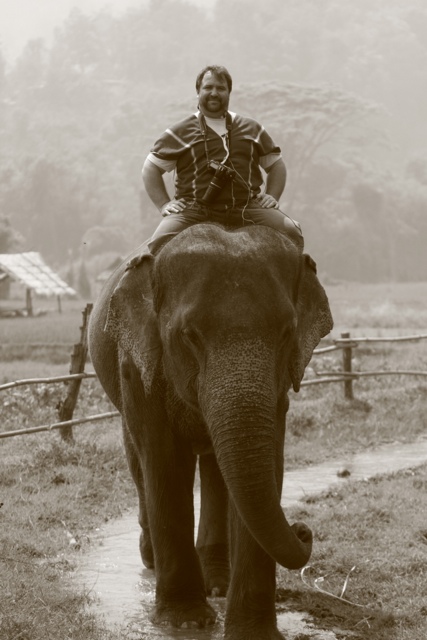 Elephants are awesome! I’ve always liked them from a distance, and had enough respect for their giant size to admire from afar. At over three tons, they can easily squash a human being, so you definitely want to stay on their good side!

I have always wanted to get a closer look at one of these beautiful creatures, but access to them has been rather limited, typically through bars at a zoo. This is not the case in Chiang Mai, Thailand.

Northern Thailand is elephant central. Chiang Mai has dozens of elephant camps, and the city is decorated with elephant sculptures everywhere. Most of the camps train the elephants to do tricks and offer shows and rides, but I really didn’t feel like that was humane or what the elephant would want. However, I found an elephant farm that allowed a much friendlier access to elephants.

The Patara elephant farm breeds elephants and does not train them to paint or dance. They also don’t put steel cages on their back and make them haul four or five people through the jungle. Instead they train people on how to coexist with elephants. This sounded good to me. 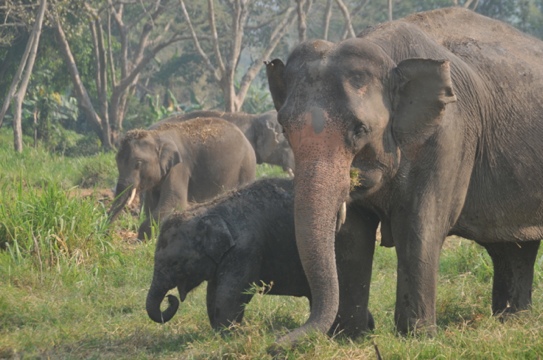 I never thought I would be holding a giant chunk of elephant dung, but a health inspection was part of the training. Surprisingly, it smelled like grass and wasn’t unpleasant once I got past the thought that it had passed through an intestinal tract. After a brief introduction to my elephant, Maicompok, I fed her a barrel of sugar cane and bananas and we became fast friends. 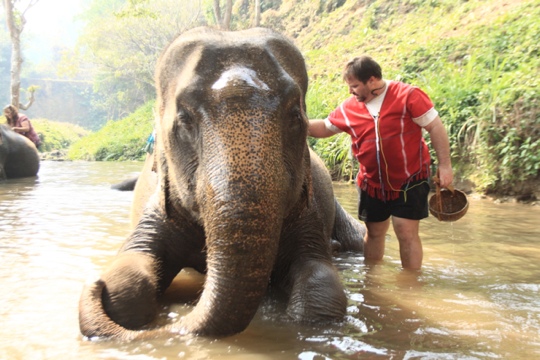 With a little guidance from my trainer, I led Maicompok down to the river to give her a bath. This was no small feat! Imagine scrubbing down a truck that is ticklish! The big girl liked being scrubbed behind her ears and around her eyes. Her skin was very tough, and her hair like a wire brush, but she was very sensitive. She let me know when I was scrubbing too hard, and I got a bit of a bath myself. 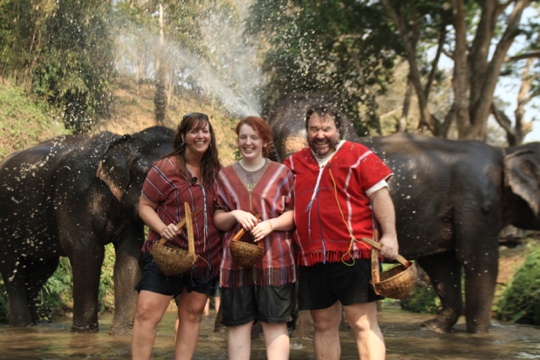 We each had our own elephant to work with, and it was exhausting work at that, but the most fun we ever had!

After the bath, we learned several ways to get on an elephant. This was no easy task! I was afraid I would hurt (or anger) Maicompok, but my trainer assured me that she liked me and would tolerate my ignorance. 🙂 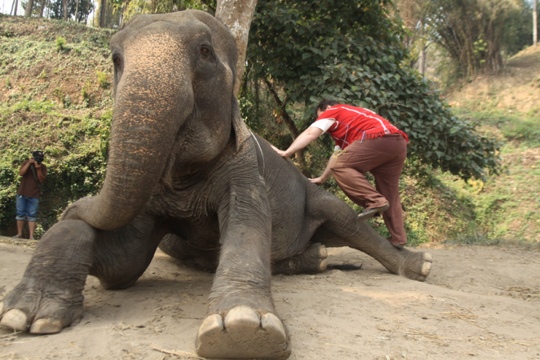 Marla took a different approach to boarding her giant. 🙂 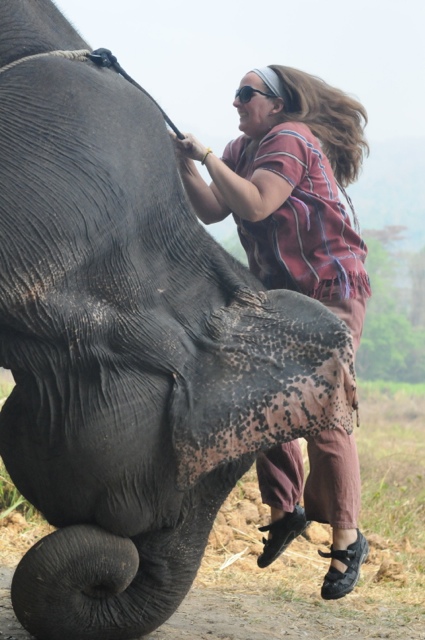 Soon we were all riding high on the most majestic perch imaginable. It was so unbelievably exciting, I hardly noticed how painful it was to do the splits on a moving behemoth. (My hips may never be the same again).

Our trainers taught us to guide the elephants where we wanted them to go, but I suspect they already knew where they were going, and secretly laughed at our attempts to tell them. We rode through the jungle, up and down some perilously steep terrain, and managed it like pros. The elephants really made us look good. 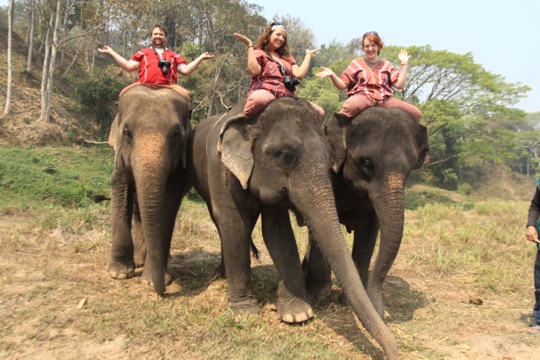 My favorite part of our trek was swimming with our elephants. These massive puppies love the water and are quite playful! They found great joy in soaking us with their trunks, but were very careful not to crush or drown us. What seemed a bit terrifying at first, turned out to be one of the most fun and memorable events ever! 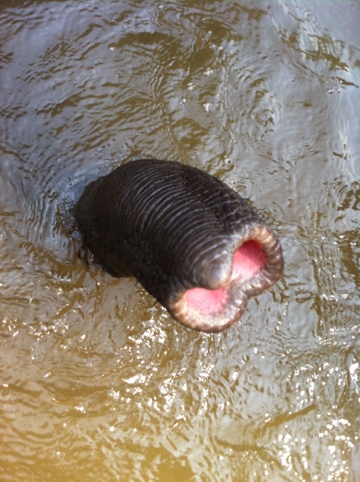 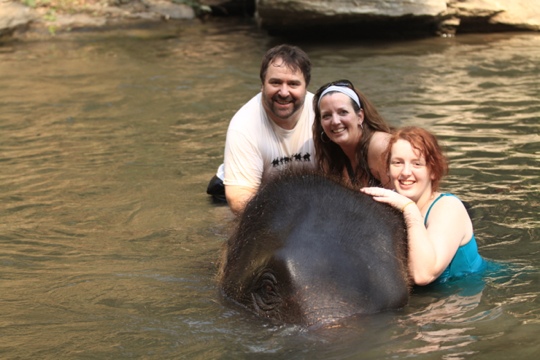